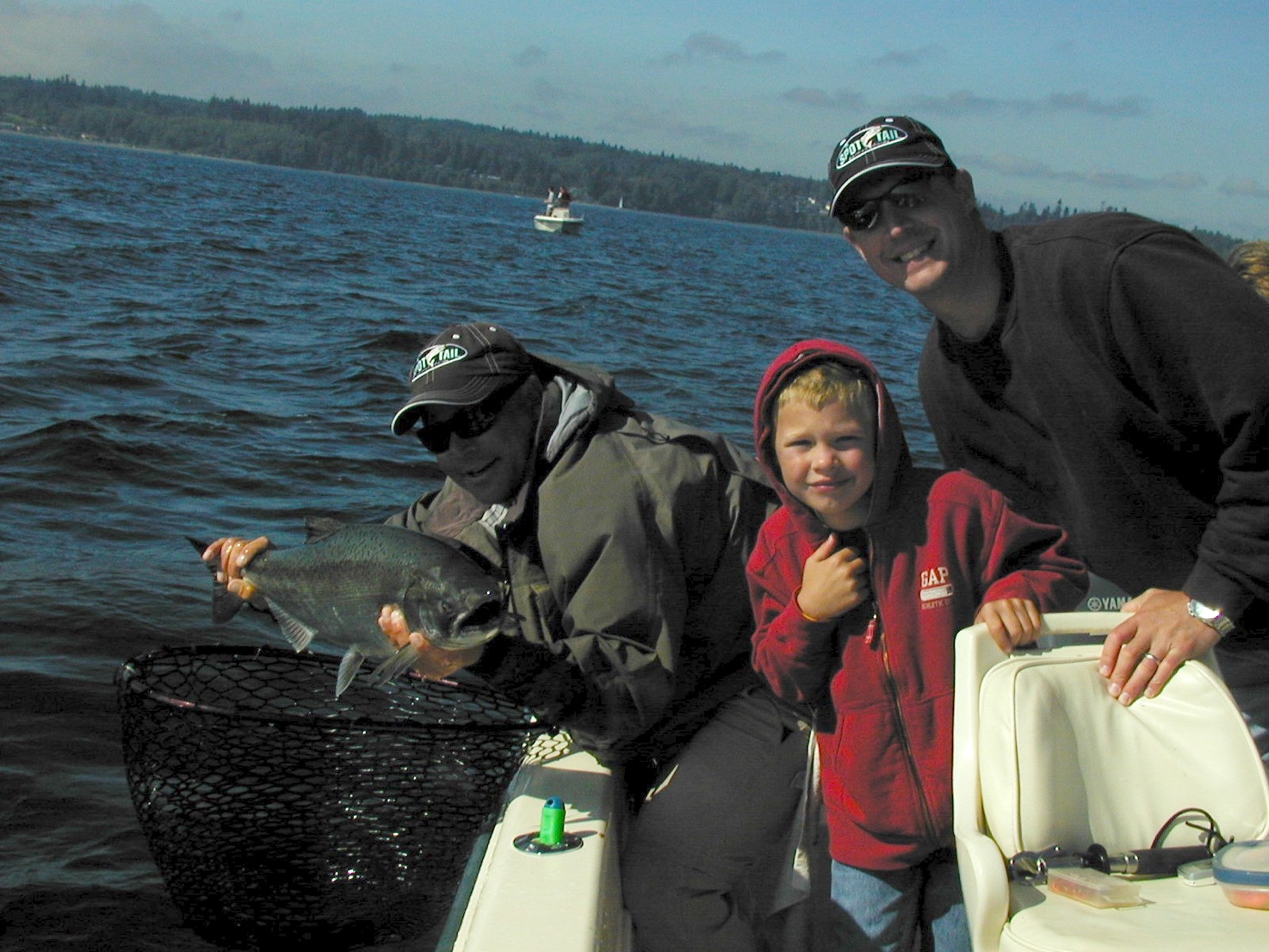 Last Saturday, Wilson and his son Eli, 7, along with a brother-in-law and nephew, were salmon fishing off Jefferson Head with Keith Robbins, owner of A Spot Tail Salmon Guide.
The day started off well with Wilson and his relatives catching and releasing a 22- pound king, and several other nice fish.
Like many youngsters, Eli told his dad several times that he had a fish on when there wasn’t.
“Just when I was about to doubt him again, I looked over and [Eli’s] line was going straight out away from the boat,” Robbins said. “Then I said, ‘Oh, my God, he really does have a fish on.’ “
While Robbins was reeling in a fishing line, he glanced out of the corner of his eye to see Eli’s rod get pulled out of his hand and into the water.
At the same time, Wilson was reeling in his line and somehow got his hooks on Eli’s mainline. Wilson held up his rod, with just the rod tip of Eli’s pole above water.
Robbins backed up the boat quickly, and they finally got Eli’s pole out of the water.
“I reeled up the slack line on Eli’s pole, and miraculously the fish was still hooked,” Robbins said. “I handed the rod back to Eli, who then reeled in a 15-pound king that we released.
“This was a great fish story. … I’d say the moral of the story is, thank God we had a great catcher on the boat.”