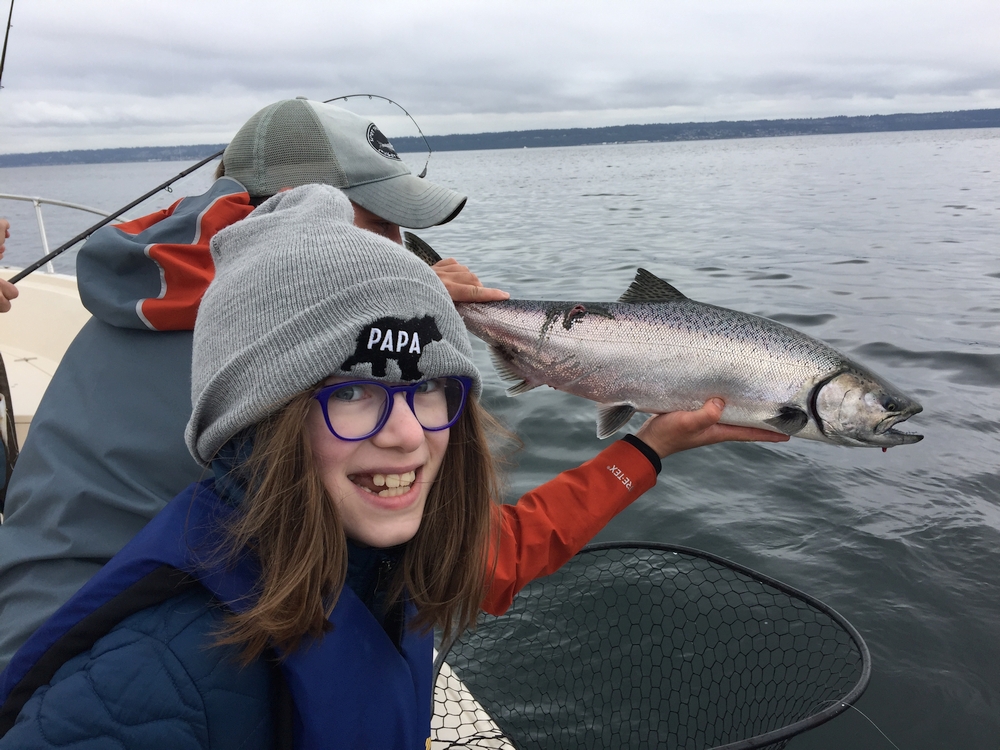 We made it out for another exciting week on Puget Sound. There is no shortage of great salmon fishing action going on right now and plenty of other folks have keyed in on this! We fished Marine Area 10, Seattle’s backyard, and found a healthy mix of Coho and Chinook.

The fleet was out in full force this weekend, and due to the fact that Coho are the only salmon that we can keep right now, the majority of the boats were spread out to the north, south and east of Jeff Head. We are moochers, and this hands-on technique is the funnest way to catch salmon. The tides were moderate this weekend, and that mottled water that wants to be a tide rip, but just doesn’t have enough current flow to turn into a full fledged tide rip was the zone for coho. Plenty were caught. We did a little searching and found some decent concentrations of bait and we found a few really nice Chinook to catch and release as well.
With each passing day, the coho (which are all resident) are getting bigger and bigger, and more ocean returning Summer Chinook are entering the Sound. Now is the time for Seattle Fishing!